I have worked throughout the UK and abroad as a dancer, teacher and choreographer since 1985, and value immensely the alchemy of collaboration that underpins these various roles.

Since 2017 I am delighted to have been part of the Lifelong Dance Practice: 45+ project. An opportunity for dance artists over the age of 45 to regularly meet and collaborate. Meetings take place three times a year in Riga, Pärnu or Hammerfest and include artists from Latvia, Estonia, Norway, Lithuania, Finland, Sweden, and the UK.

These gatherings include workshops, performances, sharing experiences, as well as discussions of a range of current issues to identify resources that are available for mature dance artists. The project was initiated by Olga Zitluhina and is a collaboration between society “PARTY” (Riga, Latvia), Stellaris DansTeater (Hammerfest, Norway) and Fine5 Dance Theatre (Tallinn, Estonia). 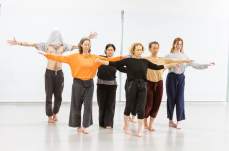 I am also currently part of Acting Our Age, an intergenerational project bringing together dancers from the UK and Israel, initiated by Yael Flexer and Galit Liss. This project includes participants from the ages of 23 to 74 and had its first 12 day research residency in Tel Aviv in December 2019.

In 2018 I had the pleasure of participating in a dance film project Extraordinary Objects led by Rachel Deadman of The Dance Movement that invited young homeless people into a process of moving, talking and creating.

From 2014 I have been part of a research and performance project as part of Without Measure, a project initiated by Alex Howard exploring dance and its relationship to wetland environments. The ongoing research offers opportunities throughout the year to meet and continue exploring with a wonderful group of artists.

In 2016 I was delighted to lead a project entitled RISING in Bath from March to May 2016 on behalf of Rosemary Lee. The work was presented as part of Bath International Music Festival by Bath Dance and ICIA, University of Bath in association with Artsadmin and involved 27 local woman. The project by renowned choreographer Rosemary Lee re-imagined two sections for the beautiful city of Bath working with collaborators: FionaMillward, Henrietta Hale and Ben Ash. 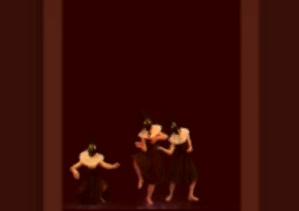 My choreographic work has received a range of awards and commissions, and I have also enjoyed working as a dramaturg, mentor, and choreographic advisor.

I was privileged to work with Gill Clarke as Co-Director of Independent Dance (ID) from 1996-2011. This is an artist-led organisation

that provides a year round responsive framework to support, sustain and stimulate dance artists in their ongoing development as professionals, based at Siobhan Davies Studios.

Gill Clarke and I were awarded a joint National Endowment for Science, Technology and the Arts (NESTA) fellowship in 2001 for Outstanding Contribution to Dance for our work with ID. Having devoted a large degree of my career within dance to the organisation, I left ID in the highly capable and inspiring hands of Kirsty Alexander and Gitta Wigro in 2015 to focus on my work as a Rolfing Structural Integrator and return to freelance work as a dance artist.

Since 2011 I have enjoyed working in a variety of roles, such as performer for the Barbican Art Gallery exhibition  Pioneers of the Downtown Scene New York 1970s,  Gill Clarke’s commissioned work A dance of ownership, a song in hand for Siobhan Davies Dance at the Bargehouse, Without Measure by Alex Howard; Rehearsal Director for Rosemary Lee’s Dance Umbrella commission Square Dances, Choreographer’s Assistant on Under the Vaulted Sky as part of Milton Keynes International Festival, and project lead on Rising a commission by Bath Dance and ICIA, University of Bath; Hub Choreographer for Charlie Morrissey’s large scale Cultural Olympiad event Tree of Light.

I had always been interested in choreographing, but became more focused on it when I met fellow dancer Darrell Jones in 1994. We created several duets and were drawn to collaborations with various artists within different forms.

In 1997 I was nominated by The Place to represent the UK as part of an International Choreographer’s Residency at American Dance Festival. It was here that I met a group of choreographers with whom the European Travelling Project was established from 1999-2002 and I have since enjoyed many collaborations with dance artist Olga Zitluhina. 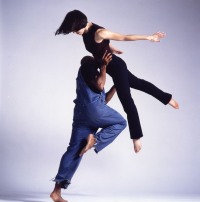 I have been fortunate to enjoy several long term collaborations; currently with Public Artist Jo Fairfax, Film-maker and Opera Director Katja Lehmann, and Theatre Director and Voice Coach Jacquie Crago. I hope to continue meeting and exchanging practices into the future.